Top Golf Stars To Battle It Out At Maybank Malaysian Open

The stars have landed in Kuala Lumpur Golf & Country Club as the build-up to the 51st edition of the Maybank Malaysian Open reaches its climax ahead of the first round tomorrow morning.


Making a whirlwind trip across the world are a trio of Major winners, namely Charl Schwartzel, Louis Oosthuizen and Martin Kaymer as well as six-time European Tour winner Alvaro Quiros, who arrived late yesterday evening after participating at The Masters Tournament last week.


With a field boasting proven winners from both the European and Asian Tours, a healthy mix of young and exciting rookies as well as experienced and battle-hardened professionals, the US$2.5 million tournament is set to once again live up to its reputation as one of Asia's longest-running and most lucrative National Opens. 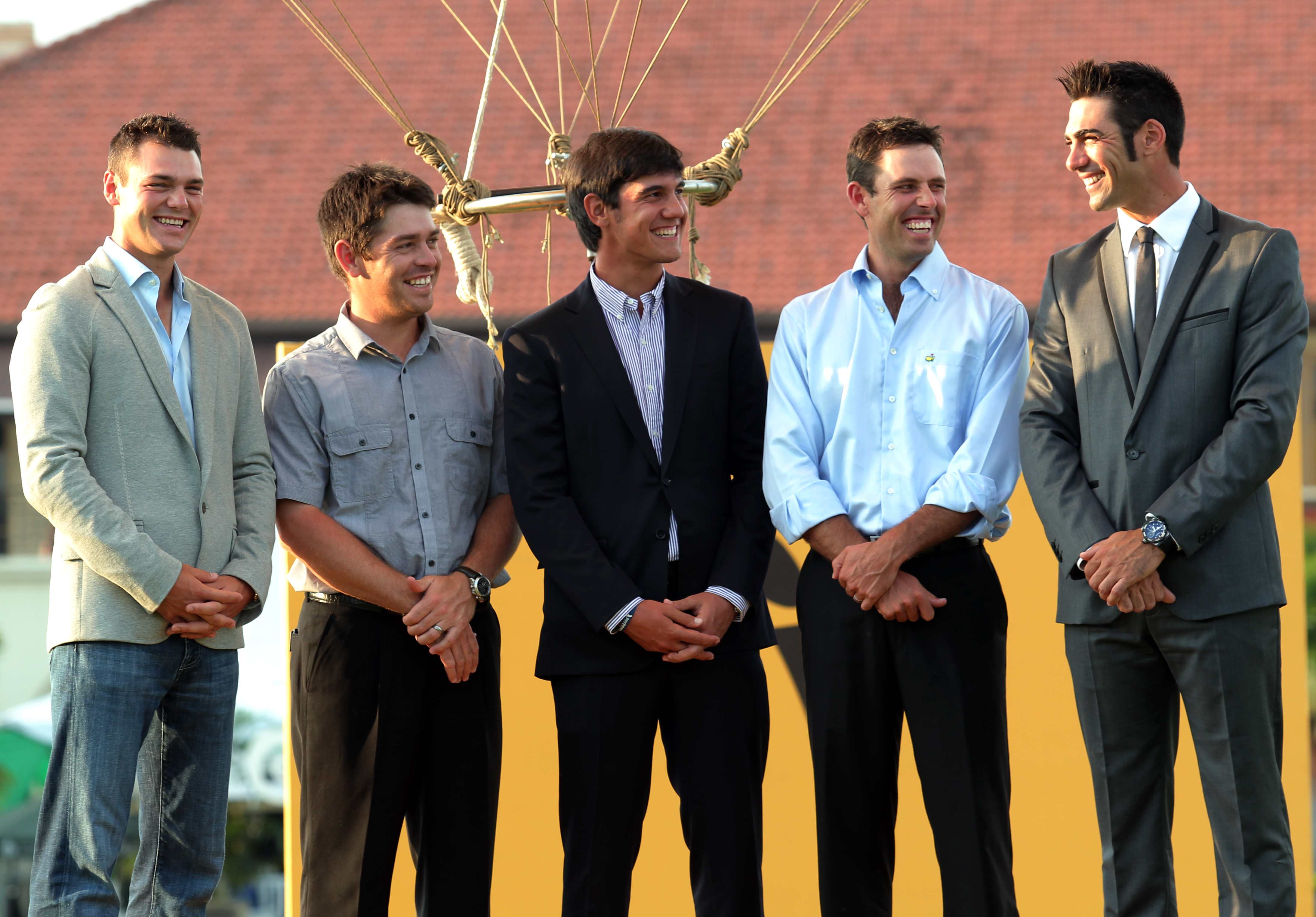 Upbeat about his chances this week is South Africa's Oosthuizen, who is still recovering from the disappointment of narrowly missing out on a second Major win after bowing out in a riveting playoff with Bubba Watson at Augusta National on Sunday.

"Probably still a little bit disappointed that it didn't go my way. It's just one of those things that makes you want that Green Jacket even more. But it has given me that much confidence on the golf course and I am looking to continue my good form really. I think the first round will be pretty tough because of the tiredness but after that and with some rest, hopefully I can play well," he said.


"It is a great golf course and if you are playing well, there are a lot of birdies are to be made out there but you also have to be careful and not be too aggressive. I am just going to try and play the way that I have done for the last few weeks," added Oosthuizen, who added a fourth European Tour title to his belt at the Africa Open earlier in the year.


For Schwartzel, the Maybank Malaysian Open ranks amongst his favourite stops on the expanded European Tour's International Schedule. "I have played in five or six Malaysian Opens and I have always enjoyed it here. Louis and I actually played the Eisenhower Trophy here in Kuala Lumpur as amateurs in 2002 and we have been here a lot in recent times. Maybank does such a great job in sponsoring the event and I enjoy putting it on my schedule every year," shared the 2011 Masters champion.


With two top-five finishes so far this year, Schwartzel is raring to have a go at the demanding West Course. "The golf course is looking in great shape and remains the same from last year. There are a few fairways out there that are narrower than US Open fairways. Overall, I am in great shape and I actually feel a lot better this year than I did coming here last year when I had obviously had a draining week before coming here. I felt good today, I made a few birdies out there and hopefully I can build on that and put on a good performance this week," said the 28-year-old.


Kaymer, the highest ranked player in the field at seventh in the Official World Golf Rankings (OWGR) has set his eyes on nothing less than lifting the Seagram Trophy this time around. "The most important thing for me is to come to tournaments that I feel like I have a chance to win and the Malaysian Open is one of them. I've prepared very well in the last few weeks to put myself in a good position on Sunday afternoon," shared the lanky German, who finished a solid tied-ninth last year.


A regular visitor to Asia, Kaymer is mentally prepared to face any unforeseen circumstances, including prolonged weather delays should the rain come into the play this week. "It's something you know when you come to Asia. You might have rain delays in the middle of those things. All those things, the heat, the weather, the courses, grass and thunderstorms are things which we know and it is easy to adapt. It is nothing unpredictable and not big surprises for us," shrugged Kaymer.


Notorious for his booming drives, Quiros, who is making his debut at the Maybank Malaysian Open, has gotten his first impressions of the golf course. "I think is the tightest golf course I have ever seen in my life! The fairways are really small and tight. In general, it is a good golf course, so I have no complaints."


While he has struggled to regain the form which saw him finish his 2011 season on a high with a victory at the Dubai World Championship, the 29-year-old Spaniard is confident that the star-studded line-up will bring out the best out of him. "Everyone in the tournament will be fighting for the title. My game is not at its best right now. Hopefully after a bad week at the Masters, this one will be better and I'll be fighting for the title. All the players have to play to the weather," confided Quiros, who will be hoping to go the distance with his length advantage.


A star-studded field is expected at this year’s Maybank Malaysian Open, with the Malaysian professionals competing with some of the world’s best players for the championship title. With a prize purse of US$ 2.5 million up on offer, spectators can expect an exciting tournament this April