All Eyes on Maybank Malaysia Open 2012

Maybank will be the proud main title sponsor of the prestigious Malaysia Open, part of the OSIM BWF World Superseries Badminton event. The event, which offers a total prize money of US$400,000 will be named the “Maybank Malaysia Open presented by Proton: 2012” as part of a 6-year partnership with the Badminton Association of Malaysia (BAM). 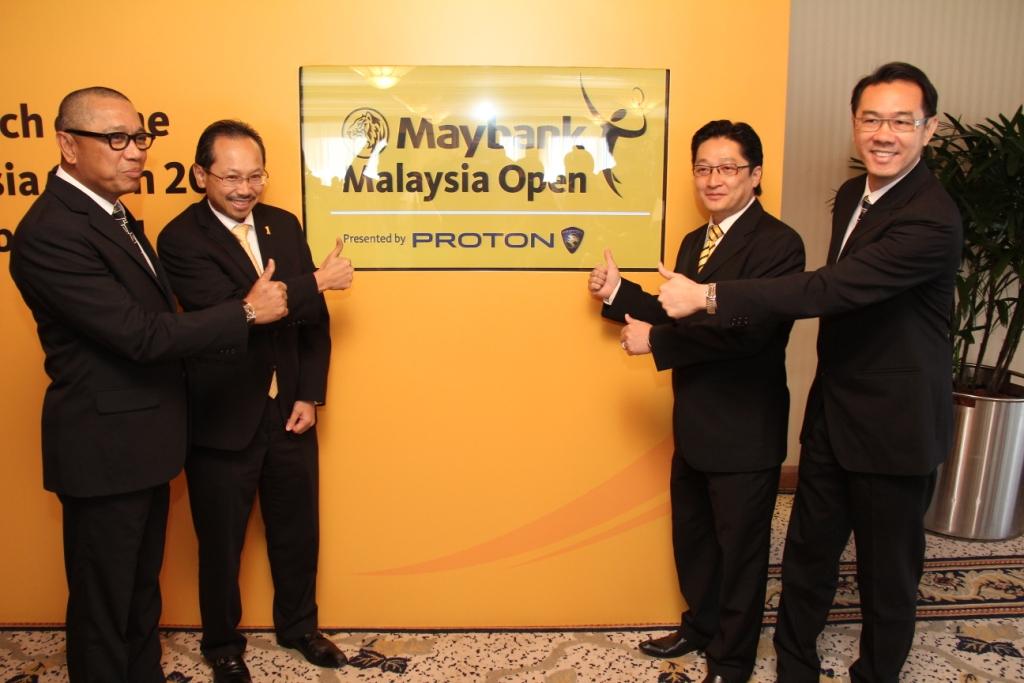 The tournament is being jointly sponsored by both Maybank and Proton this year as part of the official transfer of sponsorship from Proton to Maybank.

In his speech, Encik Mohd Adam Wee said “Badminton, as all of us know, is one of the most popular sports in Malaysia. Maybank’s sponsorship of BAM and the Malaysia Open complements and complete our sports sponsorship agenda to ensure Malaysians are given the opportunity to enjoy world class sporting excellence.”

He added, “Just as how we have raised the bar for Golf with the Maybank Malaysian Golf Open, we want to further enhance badminton’s prestige and reputation not only in the country but internationally together with Proton and our co-sponsors.”

Beyond aesthetic changes, Maybank is dialling up its commitment to this international sporting event through an extensive publicity campaign which will include guerrilla marketing as well as the use of digital media, aimed to drive higher turn-out and viewership during the five days championship.

YBhg Datuk Ir. (Dr.) Hj. Mohamed Al-Amin Hj. Abdul Majid, said, “BAM would like to thank Maybank and welcome them onboard as sponsor of the Maybank Malaysia Open. With a strong leadership in bringing local and international sports events to Malaysians, we feel this alliance will no doubt benefit the development of badminton. As one of the most popular championships in the BWF calendar, we are expecting big names to participate and start off their 2012 campaign.”

Also unveiled today was the new tournament logo designed specifically for the Maybank Malaysia Open presented by Proton. Depicting a badminton player caught in full flow, the dynamic, energetic visualisation of the sport demonstrates athletic prowess in a player poised to take on the world.

On the logo, Adam said, “We have kept the design consistent in our sports sponsorship branding. This is because we want to reinforce the quality of experience that Malaysians can expect from Maybank.”

All the action is due to take place at Stadium Putra at the Bukit Jalil Complex from 10-15 January 2012 and the line-up for the tournament will be confirmed on the 8 December 2011 with the draw taking place on 27 December 2011. Local hero Dato’ Lee Choong Wei has taken home the coveted Men’s Singles title for the last four years in a row, most recently by beating Indonesian Taufik Hidayat.

For more information on the Maybank Malaysia Open, log on to www.maybankbadmintonopen.com