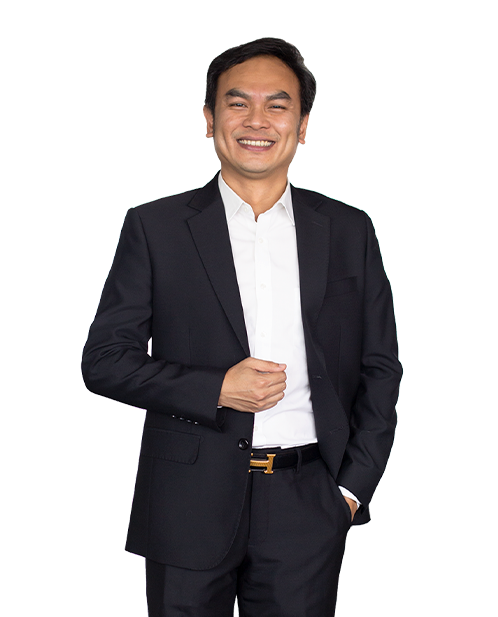 Ekhwan has an international finance career spanning more than twenty years. He started his career in Ireland where he held senior positions in major accounting firms and global financial institutions. He was the Senior Accountant at Susquehanna Ireland, a global quantitative trading firm before moving to Rabobank International, the Rabobank Group's international wholesale and retail banking arm where he stayed for seven years before joining Maybank Investment Bank Berhad in 2013.

Ekhwan was the Head of Financial Operations & Treasury at Maybank Investment Bank Berhad (2013-2015) and CFO at Maybank ATR Kim Eng, Philippines (2015-2018), before assuming the position of Chief Financial Officer, Maybank (Cambodia) plc (MCP) where he led the long-term growth strategy of the bank. During his tenure, he steered the implementation of various automation and strategic initiatives and delivered significant improvement to the cost structure, treasury and reporting systems. Ekhwan was also instrumental in developing MCP's M25 plans as well as other cost optimisation projects and initiatives.

Ekhwan is a Chartered Banker, a member of the Malaysian Institute of Accountants and a Fellow of the Association of Chartered Certified Accountants ("FCCA"). He holds a B.A. Hons in Accounting & Finance from Liverpool John Moores University, United Kingdom and is a graduate of the Executive Programme at INSEAD Business School Singapore.