Twenty-two students today received the first-of-its-kind Maybank Foundation Scholarship Awards, in which they are given the opportunity to pursue their education at 36 selected top foreign universities from pre-university level. The total value of the scholarships is RM 13.2 million.


The 22 recipients are bright students who not only excelled in their studies but also came out in the top quartile amongst the applicants' total score in the battery of assessments they were required to take within the application process. They also met the additional criteria set of coming from middle to low income households. They would have to complete 24 months of Cambridge A Levels studies locally before enrolling themselves in the top foreign universities to continue their first degree. 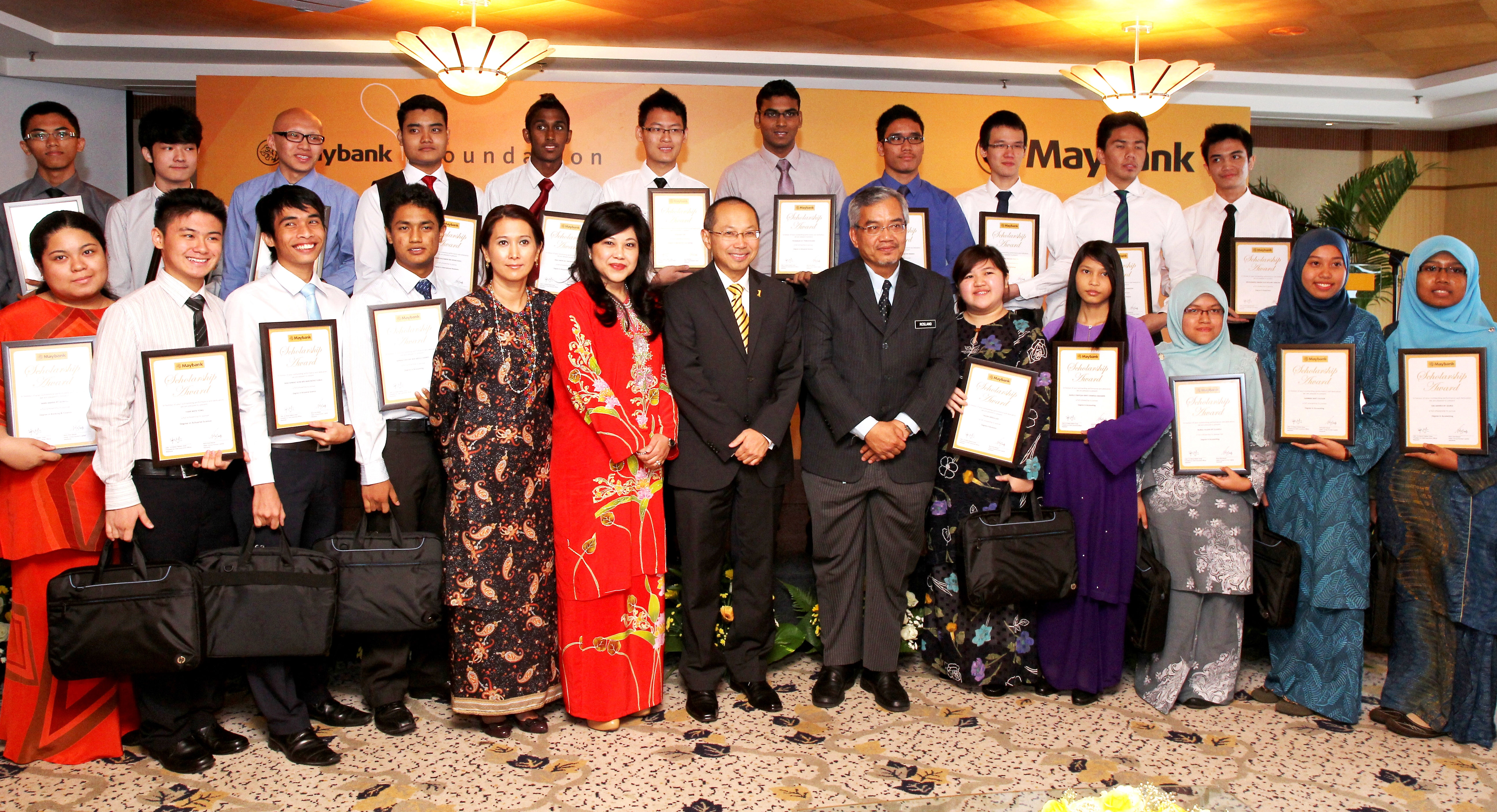 
He further said, “At Maybank, we are committed towards lifelong learning and the career progression of our people. This is demonstrated through the varied and comprehensive development opportunities from training to development interventions that have been emplaced to cater for the diverse aspirations and needs of fellow Maybankers.”


The scholars will also be exposed to a comprehensive development programme which includes a mentoring framework, opportunities for internships, and development interventions such as time management, effective problem solving and innovative thinking to harness their full potential and sharpen their skills. The new recruits are guided and rotated to different aspects of the business for the first two years upon joining Maybank.


The Maybank scholarship awards are given to students pursuing financial and non–financial disciplines. These are aligned with Maybank’s global presence and support our aspiration to be a regional financial services leader operating from the heart of Asia where talents with international exposure and different disciplines enrich and complement the people in our Group.


There currently are 95 students on Maybank scholarships undergoing various stages of study for which more than RM6.5 million is spent yearly.


The Maybank scholarship programme was instituted in 1992 and to date over 1,000 students have benefitted. The objective of the programme is to support Maybank Foundation’s ongoing efforts to support human capital development in the country as well as to encourage the spirit of excellence among the young.