Stung Meanchey, located in Southern Phnom Penh and about 10 kilometers away from the Maybank Cambodia main branch is in an area targeted as a secondary centre after the capital city of Phnom Penh. It is also expected to experience a significant increase in commercial activity in the future under the country’s City Development Strategy and formulated Master Plan. 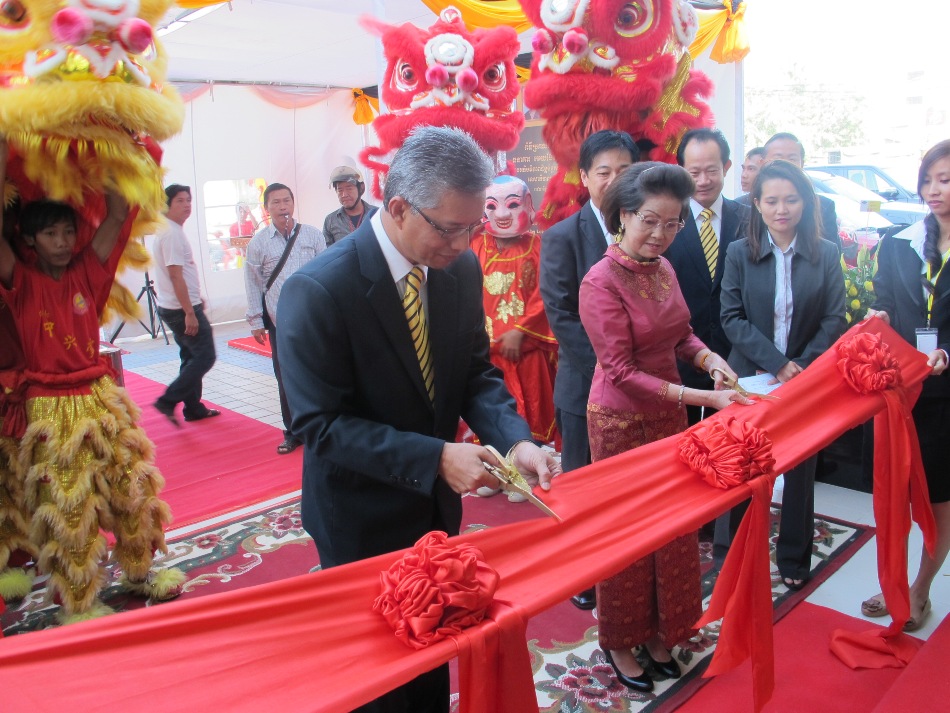 Maybank Deputy President and Head of Global Wholesale Banking, Abdul Farid Alias in a statement said the opening of the Stung Meanchey branch was timed to capture the medium and long term growth in the country. “Cambodia’s economy is poised for more than 6% growth next year and demand for financial sector products as well as services have been increasing in the last few years and expected to continue in tandem with this economic growth,” he said.

Abdul Farid said Stung Meanchey was an ideal location for business given the emphasis to develop the area into another commercial centre. “The new branch is part of our continued long term commitment to expand our reach in Cambodia and play a significant role in developing the local financial services industry,” he said.

“Maybank remains optimistic of the long term prospects of Cambodia and sees this market as another key location within our international network,” he added.

Abdul Farid said Maybank will further expand its network in 2012 with addition of at least one more branch in Cambodia. He revealed that over the 12 months to October 2011, Maybank Cambodia has recorded a 75.2 % growth in loans and advances and about 4% growth in customer deposits.

“The expansion of our network in Cambodia is critical to complement our footprint in the region in line with Maybank’s vision to be a regional financial services leader as well as to build our capacity to serve the expanded needs of customers,” said Abdul Farid.

Abdul Farid added that Maybank is currently also pursuing a key initiative to apply for a local incorporation license from the National Bank of Cambodia, to reflect its long-term commitment to Cambodia and its standing as a regional bank.

“This will provide us with the opportunity to expand in tandem with the market. It will also provide us the structure and assurance to further grow our business in Cambodia,” he added.

The additional Stung Meanchey branch will also provide full range of banking services such as deposits and placement, trade finance, loans, remittances, mortgages and Global ATM to meet the financial and banking requirements of new and existing customers.