Maybank has entered into a strategic partnership with Xinhua News Agency, the most important information authority in the People’s Republic of China.

The agreement between both parties was inked today in Beijing. Maybank was represented by its President and Chief Executive Officer, Dato’ Sri Abdul Wahid Omar while Vice President, Mr. Lu Wei, signed on behalf of Xinhua News Agency at the agreement signing ceremony.

This milestone strategic media and financial partnership will provide an opening for Maybank to have greater exposure and news coverage in the People’s Republic of China. Xinhua will also benefit from this tie-up by having access to information on the Malaysian and ASEAN financial sector from Maybank's established presence, reach and experience in the Malaysian and ASEAN markets. 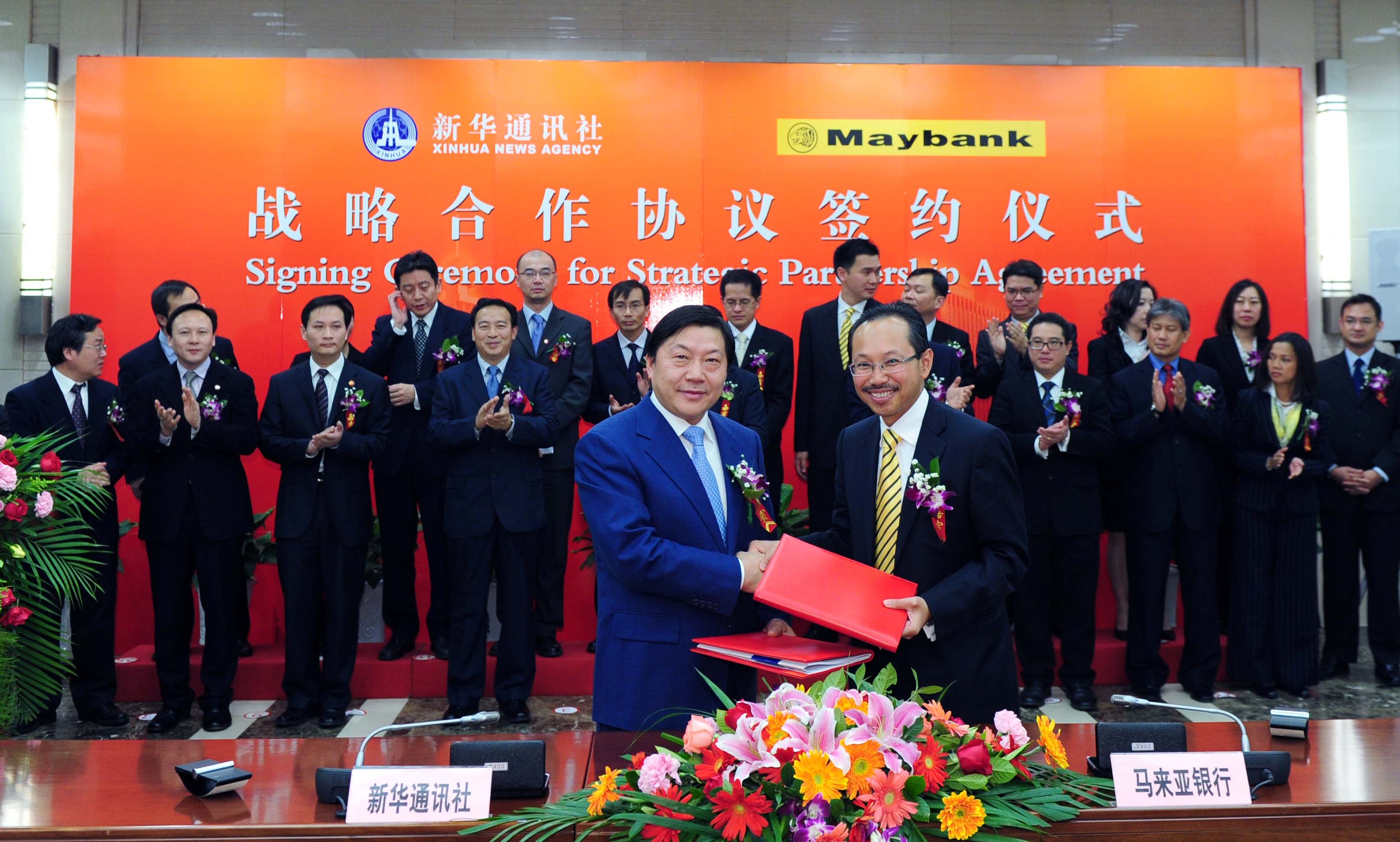 “When the China Banking Regulatory Commission (CBRC) granted Malaysia the China Qualified Domestic Institutional Investor (QDII) status approving Malaysia as a destination for Chinese portfolio funds, Maybank had anticipated larger inflows of Chinese investments into Malaysia and ASEAN. Maybank responded to this tremendous opportunity by strongly promoting Malaysia to QDII Funds through sponsorship of the China-Malaysia Investment Forum in August 2010, followed closely by the inaugural Invest Malaysia Beijing at China World Hotel in November. Maybank has confirmed the hosting of Chinese investors once again at Invest Malaysia Shanghai to be held sometime in June this year,” said Dato’ Sri Wahid.

With the recent acquisition of Singapore’s Kim Eng Holdings, a leading investment bank and stockbroking entity last month, Maybank is now a step closer to become a regional financial services leader by 2015.