A routine task of sending money home to his loved ones in the Philippines saw Mr. Julio F Fonte Jr. walking away richer by RM50,000 when he received the Grand Prize in the Maybank “Mega Remittance Promotion” campaign.

Mr. Julio F Fonte Jr, Mechanical Engineer from Manila, Philippines said, “I’m ecstatic and still in a state of shock. I never expected to win such an amount.” 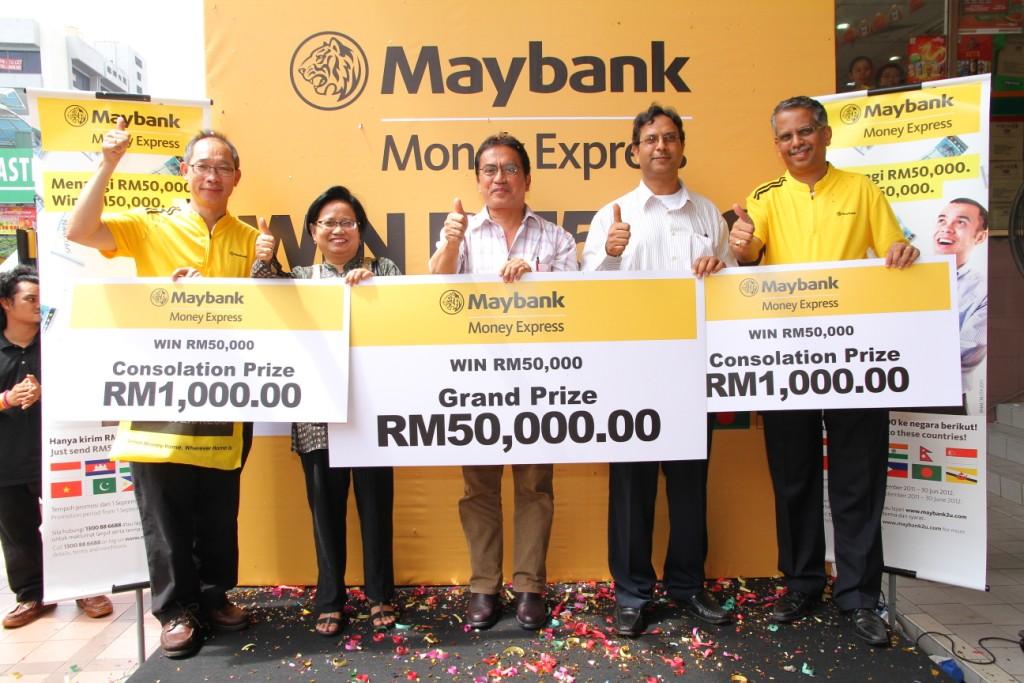 “Personally, I find that Maybank Money Express very convenient and an affordable way to send money home. I usually use the remittance service about twice monthly and my family members back home say it is very easy for them to collect the money as there is a Maybank branch nearby,” added Mr Fonte.

The four phase campaign was launched in conjunction with the Maybank Money Express (MME) service which started on 1 September 2011. It will run until 30 June 2012. Customers who remit RM500 and above stand a chance to win RM50,000 for each phase of the contest throughout the campaign period.

Other consolation winners include Miss Dwikrisnawati from Indonesia and Mr. Gulzar Ahmad from Pakistan who won RM1,000 each.

Mr. B. Ravintharan, Head of Cards, Wealth & Payments, Maybank said, “Maybank is already a market leader in the remittance business and we have recorded a significant growth since we launched the MME service on 16 September 2010 with Cambodians being the largest users of this service.”

“Maybank is one of the leading remittance players in the industry and we are targeting a double digit growth for financial year 2012. We are always looking for new and exciting ways to make the remittance service a more rewarding experience for our customers, hence this contest echoes our commitment,” he added.

Mr. B. Ravitharan also said that remittance has grown into a significant business and customers were drawn by competitive pricing and convenience.