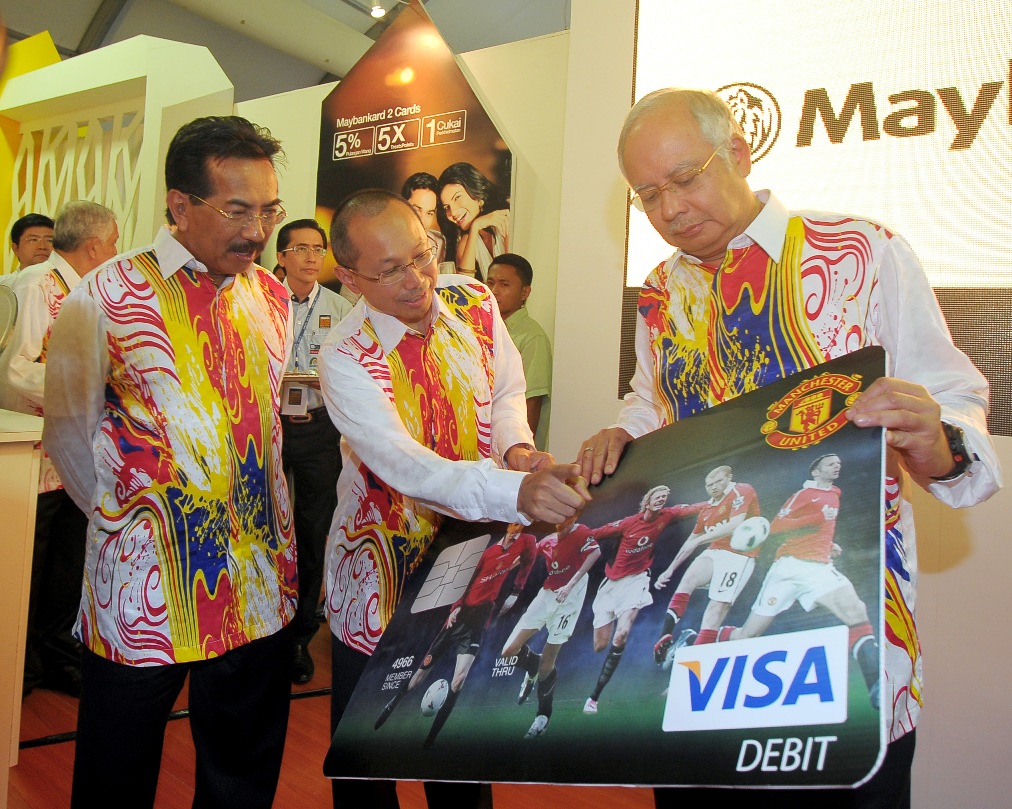 Maybank President & Chief Executive Officer, Dato’ Sri Abdul Wahid Omar, said “The launch of the co-brand debit card is part of Maybank’s strategy of working with leading brands to offer distinct value to our customers. Given the international reach of the Manchester United brand, this card will enable us to further enhance our brand equity in the international market.”

Dato' Sri Abdul Wahid said that the new card will also enable Maybank to increase its penetration in the local debit card market, where it is already the leader with a 35% market share in cardbase and 55% share of debit billings.

"Our long term plan is to take this card brand regionally to our other home markets, where the Manchester United brand has a strong following and where Maybank has a significant retail presence,” he said. Maybank introduced the Maybankard Manchester United credit card in Singapore in February 2012 following its launch in Malaysia in 2011.

Dato’ Sri Abdul Wahid added, “With the economies of scale that we hope to achieve regionally, we will be able to offer cardholders better rewards and recognition programmes that can spur usage of the card not only as an ATM card, but also as a payment tool.”

Currently Maybank has over 8 million debit customers with debit card spend growing over 21% in the last year.

The Debit card is issued on the spot any branches nationwide, and every newly issued Debit Card will stand five (5) chances to win two (2) all expense paid hospitality match tickets to watch a Manchester United match at Old Trafford, including flights and accommodation.