Maybank to raise funds for cancer research at LPGA

Maybank, the Official Bank for Ladies Professional Golf Association (LPGA) is doing its bit for cancer research by raising funds in the ‘Maybank Charity Putting Challenge’ during the tournament from 13-16 October 2011. The challenge will be held in front of Kuala Lumpur Golf & Country Club’s clubhouse. 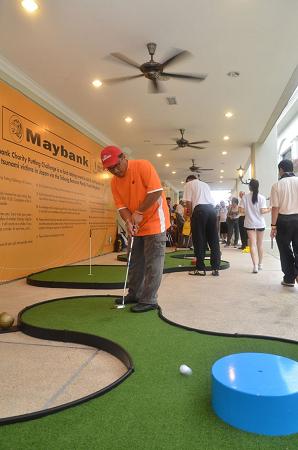 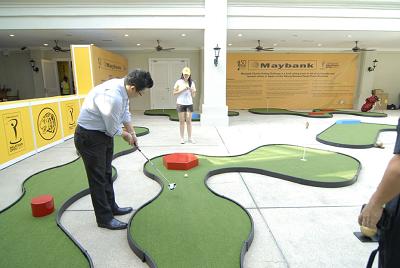 The bank will be donating all proceeds from the challenge to the Cancer Research Initiatives Foundation (CARIF) which focuses on cancer prevention as well as development of new cancer therapies. Prizes will be offered to those who score a hole-in-one and to the other 10 best scorers at the end of each day.

To participate in the challenge, visitors will have to pay RM10 to complete the 9-hole putting challenge. Attractive prizes await winners which include golf bag covers for those who score a hole-in-one and travel backpacks for the top 10 scorers of each day.

Maybank Chairman, Tan Sri Dato’ Megat Zaharuddin Megat Mohd Nor said “The idea of embarking on a worthwhile cause resonates well with Maybank as it is in line with our mission to humanise financial services. We hope our contribution will help to fund the cancer research and ultimately towards finding a cure for cancer patients. This is not the first time Maybank has leveraged on its golf sponsorship for charity as we have endeavored to incorporate such initiatives in our sponsorships activities whenever possible.”

During the Maybank Malaysian Open in April 2011, the bank raised over RM10,000 for Tabung Bencana Pandu Puteri – Maybank in aid of the Japanese earthquake and tsunami victims.

Founded in 1950, and now one of the world’s longest-running women’s professional sports associations, the Ladies Professional Golf Association (LPGA) has grown to play an integral role in women’s golf. The non-profit organisation comprises the LPGA Tour and the LPGA Teaching & Club Professional (T&CP).