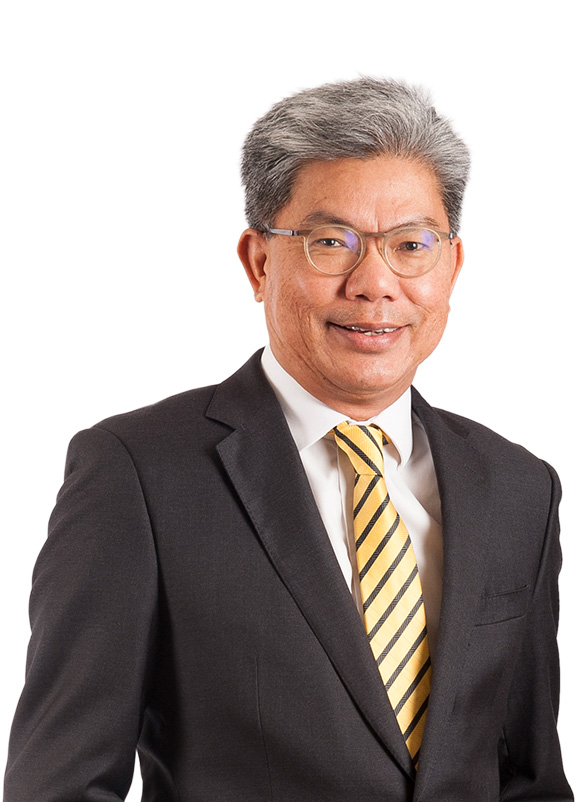 Dato’ Khairussaleh Ramli was appointed as the Group President and Chief Executive Officer and Non-Independent Executive Director of Maybank on 01 May 2022.

Dato’ Khairussaleh Ramli was appointed as the Group President and Chief Executive Officer and Executive Director of Maybank on 1 May 2022. He also serves as Chairman of the Group Executive Committee and a member of the Credit Review Committee and Board Sustainability Committee.

He holds a Bachelor of Science in Business Administration from Washington University, USA and is a graduate of the Advanced Management Programme at Harvard Business School, USA. He is also a Fellow Chartered Banker with the Asian Institute of Chartered Bankers (AICB).

Prior to re-joining Maybank, Dato’ Khairussaleh was the Group Managing Director of RHB Banking Group, where he was responsible for charting the Group’s strategic direction and leading the organisation to achieve its goals and value creation objectives. He brings with him a wealth of knowledge and experience from the financial services and capital markets industry of close to 30 years.

Prior to joining RHB Banking Group, he was with Maybank between November 2008 and September 2013, having served over three years as the Group Chief Financial Officer before taking up the position of President Director and Chief Executive Officer of Maybank Indonesia.

His other corporate sector experiences include positions as Group Chief Strategy Officer of Telekom Malaysia Berhad, Chief Executive Officer of TM Ventures and Chief Financial Officer of Bursa Malaysia Berhad, where he led the listing of the company on its own exchange in 2005. He also spent eight years at Public Bank Group in the Corporate Banking and Stockbroking/Futures broking divisions.

Currently, Dato’ Khairussaleh sits on the boards of Payments Network Malaysia Sdn Bhd and Cagamas Holdings Berhad. He is also Chairman of the Association of Banks Malaysia (ABM).