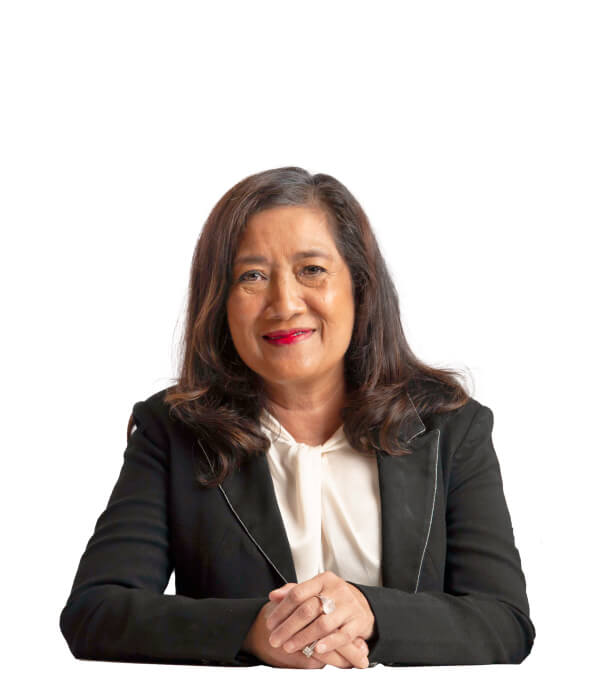 Dr. Hasnita Dato’ Hashim was appointed as an Independent Non-Executive Director of Maybank on 1 July 2016. She also serves as a member of the Risk Management Committee, Audit Committee, Nomination and Remuneration Committee and Compliance Committee of the Board and Board Sustainability Committee.

She holds a PhD in Nuclear Physics from Oxford University and a Bachelor of Science in Physics from Surrey University. She brings 25 years of global financial management experience in the field of asset management, structured finance and asset securitisation. She is also known to be a pioneer and innovator in Islamic finance and has extensive relationships with large investors and key business players particularly from the Gulf countries. In 1998, she founded IslamiQ, the world’s first online Islamic finance portal and was the Chief Executive Officer of IslamiQ from 1998 to 2001.

Dr. Hasnita has been appointed as Chairman of the Majlis Amanah Rakyat (MARA) with effect from 1 October 2018 and as a member of the National Economic Action Council on 11 February 2019. Currently, she is also a director of Guidance Investments (Labuan) Ltd, Guidance Atel Investments Ltd, Guidance ATEL GCC Investments Ltd and REDACHEM Malaysia Sdn Bhd.

Dr. Hasnita was the Chairman of the Majlis Amanah Rakyat (MARA) from 1 October 2018 to 18 March 2020 and also a member of the National Economic Action Council from February 2019 to March 2020. She was also the Chief Executive Officer of Commerce MGI Sdn Bhd (CMGI), Malaysia from 1994 to 1998. She served as Head, Institutional Business of Guidance Financial Group from 2002 to 2011. She was appointed as the Chief Executive Officer of Guidance Investments Sdn Bhd, an investment arm of Guidance Financial Group and a global investment company with asset under management of around USD1 billion, from May 2012 to December 2016. Dr. Hasnita was also a director of Guidance SEARE Advisors GP Limited.